By Eric Yang and Simon Li 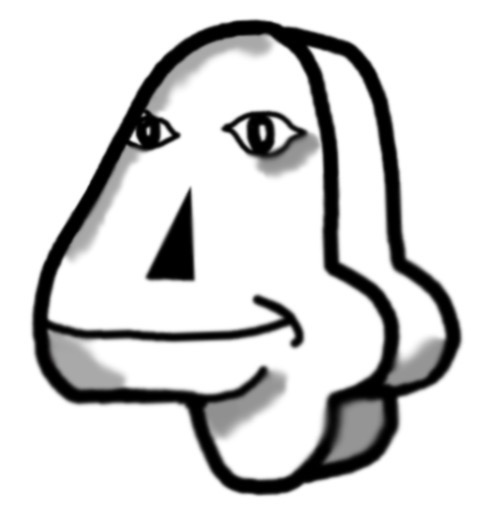 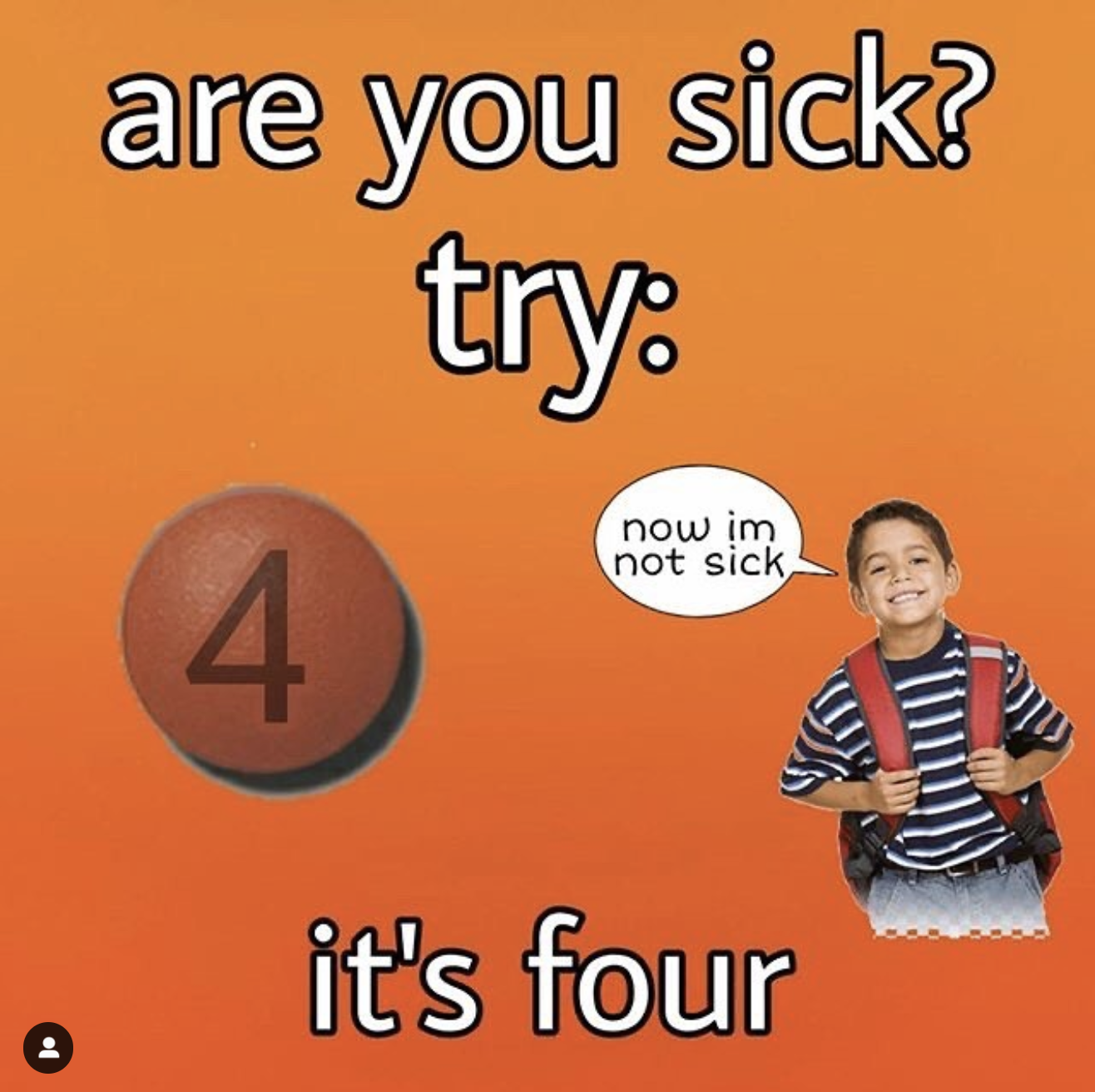 If you’ve been attending Williamsville East recently, you may have caught wind of an unorthodox combination of words: “It’s 4!” (or sometimes just “4”). The exclamation has been reported escaping the mouths of both students, teachers, and even the wildlife of East. It has become so popular that a school has been named after it: the It’s 4 Kids Schoolhouse, one of the most prestigious centers for higher education in the world. The joke has also made its way into the world of biology. To those who have taken a biology class, polymerase chain reactions are a familiar term. To those unfamiliar, polymerase chain reactions, or PCR, use DNA primers and nucleotides to quickly and inexpensively copy DNA strands. As it turns out, one of the earliest DNA primers found was named “ITS4”, and gained widespread acknowledgment from scientists. Even in this very newspaper, you can find references to this joke (see the comic section). There are countless other examples that you could find on the internet. But what does it mean and where did it come from?

According to folklore, “it’s 4” originated quite recently and is even rumored to have come from within the halls of Williamsville East itself. The first recorded usage of the phrase, to the best of our knowledge, was in 2019, when co-author Eric Yang found the joke in the form of a surreal meme (shown at the beginning of the article). This inspired him to pilot the first primitive prototype of the joke: a listener would scan lines of conversation for the word “it’s”, then change the said phrase to “it’s 4”.

Currently, the joke inhabits a variety of niches and enjoys a wide range of uses, however, antiquated methods have begun to fall out of fashion. After all, no one says “it’s 4” after someone says “it’s” anymore. But to discuss those uses, we must first look at the world of surreal memes.

What are surreal memes? From the popular and acclaimed dictionary the Urban Dictionary, surreal memes are “a type of ironic meme that is bizarre in appearance and that usually makes no sense…”. The formula for surreal memes is simple: extract ordinary elements from regular life and transcend them into a new phase of humor, usually through the combination of various elements. The phrase “it’s 4” and the meme whence it originated follows this formula exactly. The number four has no relationship to medicine or being sick – yet the two have been combined the two to synthesize the meme. Now, because of this meme, the number 4 can no longer be said in these parts without sounds of snickering followed by some variation of “what number?”.

To the average reader, however, surreal memes such as this joke hold no level of humor whatsoever. Many have even responded to the “it’s 4” joke with a popular comeback: “a joke has to be funny to be a joke”. So how, you might ask, is “it’s 4” even funny to begin with?

I believe that the movie Rubber (2010), directed by Quentin Dupieux, holds the answer. In the movie, a rubber tire, after randomly gaining sentience, begins a murderous rampage while spectators can only watch. At the beginning of the film, a monologue given by one of the protagonists explains: “…all great films, without exception, contain an important element – a ‘no reason’. And you know why? Because life itself is filled with no reason.. If all great films contain an element of “no reason”, then it stands to reason that every “great” work of art – whether it be a movie, book, and yes, even a joke – contains that same element of “no reason”. What makes “it’s 4” great is not because of some clever punchline or pun, but because of its element of “no reason”. Why 4? No reason. Why is 4 funny? Also no reason. The joke needs not rhyme nor reason to be funny – it simply is. But now, you ask, how do I use “it’s 4” correctly?

You would never expect such a simple phrase to have such versatility when it comes to really using and abusing its full power. The joke has truly flourished and a multitude of variations on the joke have arisen. At the lowest level, the number is simply tossed around with no context, and therefore has minimal value. It almost comes as an affront to the honor and lineage of the joke when “4” is mindlessly repeated. However, it does not take much effort or thought to improve the overall quality and tastefulness of your “it’s 4” jokes. One easy and somewhat archaic technique is called “The Interruption”. A jokester must listen carefully and pay close attention to the word choice of a speaker, and when a homonym of “four” is used, even as part of a word, the jokester must immediately interject with an announcement of the number, or ask the speaker to repeat the sound-a-like. This technique can be honed to near perfect levels. Truly experienced jokesters have even claimed that they often need to restrain themselves from “interrupting” in inappropriate settings.

Another more recent spin on the joke is known as 4️⃣Hassan’s Law. This axiom of the natural universe was discovered and proven by the Enlightened Philosopher Hassan Zahra (2005-). The Law can be summarized with the following statement:

Although initially confusing, this truth of the world can easily be understood with a simple example. Consider the math problem 100 + 2. One might instantly conclude that the answer is 102, but closer examination and thought process is needed to arrive at the true solution. Using 4️⃣Hassan’s Law, you can come to the correct conclusion that the answer is actually 4, but why? On the grand scale of numbers, 102 is nothing compared to 1 billion, as is 4. So, 102 might as well be equal to 4 in the end, right? You might be asking many questions to yourself. One of them could be “when can I apply 4️⃣Hassan’s Law?” Because of Hassan’s Clause, which states that “4️⃣Hassan’s Law can be invoked at any time”, it is safe to apply the principles of the Law to any problem, be it mathematics or marriage.

Besides the writers of this article, many other noted individuals use the “it’s 4” joke on a daily basis. We interviewed some of these jokesters on the impact of “it’s 4” on both them and society.

Junior Ben Keim is absolutely convinced that the “it’s 4” joke had positive implications on society, saying, “I think that the [it’s 4] joke is a demonstration of how far society has come. It’s really a testament to our evolution and the creativity and the power of the human mind to comprehend such a concept as 4… once you put your mind to it, and you think about the concept, you will understand that 4 is a concept”.

“I used to have concerns about the direction society was headed, until the ‘it’s 4’ joke came along and it really uplifted my idea of where humanity is right now. [The joke] never gets old. It’s amazing how a simple joke can be so consistently funny.”

Not all of these jokesters had positive and uplifting things to say, however. A random freshman we found in the commons (who preferred to be anonymous) did not quite understand and had nothing positive to say. When asked about the joke, he responded, “It’s an ok joke and it doesn’t have many effects on modern society.”

Others reported both positive and negative implications – jokester Alex Liang is one example. A sophomore, Alex simultaneously cannot stop thinking about 4 and believes that it has had lasting benefits on his mental and physical well-being.

Whether or not that is true remains yet to be confirmed. But the one thing we do know is that this sentiment is clearly expressed by many students within the jungles of East. And while repeated endlessly (sometimes in dishonor of the joke), it never ceases to amaze. In the words of Mr Belling, it “never gets old”. Like fine aged wine, or a good cast-iron skillet, “it’s 4” will go down in history as one of the greatest, if not the greatest joke of all time.

Speaking of great jokes, a joke must be able to stand the test of time to truly be considered great. We already know that “4” will be a great joke – the question is how? How are we, mere mortals, able to predict the future?