By Amanda Ojeda and Colleen Meosky 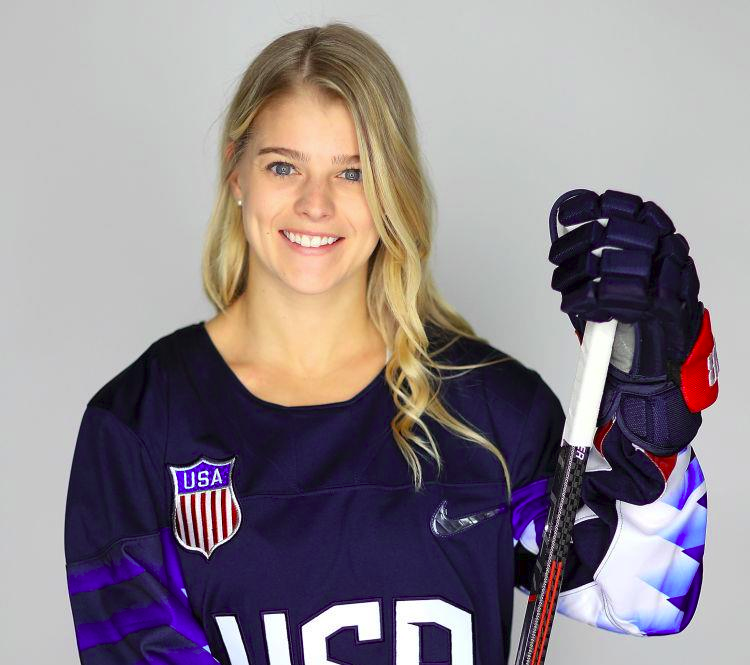 On January 8th, Girl Up started off the new year with a remarkable guest speaker, Emily Pfalzer! The Olympic gold medalist shared her experiences and the trials and triumphs of being a professional female hockey player. Throughout the meeting she mentioned topics such as the IIHF (International Ice Hockey Federation), the 2018 PyeongChang Olympics, the Buffalo Beauts, and the growing world of women in sports.

In male dominated fields, especially sports, there are clear inequalities between females and their male counterparts. However, despite the obstacles that appear in her path, Emily Pfalzer is a thriving professional female hockey player, breaking through the barriers for future generations.

Emily Pfalzer grew up in Getzville and was exposed to hockey at a very young age. Watching her two brothers play made her eager to put her skates on and join them on the ice at only two and a half years old. It was small moments on her backyard rink that created her love for hockey. Soon enough, Pfalzer started playing on local teams with boys. After attending Nichols, she expanded her hockey skills by continuing at Boston College. Pfalzer says she loved her time playing for the Eagles and appreciated the strong academics the school had to offer.

Following a record-setting collegiate career, Pfalzer returned home to Western New York in 2015 as the first captain of the NWHL’s Buffalo Beauts. In the league’s second season, she led the Beauts to their first Isobel Cup win by defeating the Boston Pride 3-2. Fellow Beaut Megan Bozek commented after the game,“Did you see how Emily walked in here limping, she blocked two huge shots that could have potentially been goals late in the third; that’s the sacrifice that it takes from every teammate.”

Politics within the sport became very apparent as Pfalzer earned a spot on the US IIHF Women’s team in 2017. There were great disparities between how USA Hockey treated the male and female athletes.

“Specifically, we have asked for equitable support in the areas of financial compensation, youth team development, equipment, travel expenses, hotel accommodations, meals, staffing, transportation, marketing and publicity… to achieve fair treatment from USA Hockey, to initiate appropriate steps to correct the outlined issues, and to move forward with a shared goal of promoting and growing girls and women in our sport,” said Hilary Knight, a renowned female hockey player part of the PWHPA (Professional Women’s Hockey Players Association).

Just weeks before the IIHF championship, Team USA announced it would boycott unless USA Hockey made improvements. Pfalzer mentioned how female players had to agree unanimously with this decision and support each other, as USA Hockey would simply have found the next players down the list to fill the team. However, the organization eventually agreed to give the women fairer wages and improve support. Instead of being dragged down by the extra obstacles in their way, the women came out stronger than ever to earn the gold medal.

Continuing their momentum, Pfalzer and her teammates took the ice at the 2018 Olympics to wow the world. After spectacular performances, Team USA had a chance to compete with Canada for gold. In a long, hard-fought game with many twists and turns, Emily Pfalzer became an Olympic champion with their shootout win. This matchup was later named Best Game of the Year at the ESPYS, and many of the American and Canadian players went to the NWHL.

Emily Pfalzer returned to Buffalo from PyeongChang and was shocked by the community’s incredible welcome home. Just weeks after the championship game, Mayor Byron Brown declared March 18, 2018 to be Emily Pfalzer Day in Buffalo, and she had a ceremonial puck drop at a Sabres game.

Girl Up is extremely grateful to have had such an outstanding guest speaker! Pfalzer gave great advice on maintaining a good mindset even when one feels discouraged. Though it is easier said than done, “you can do it”, and as her personal motto says, “It’s not how big you are, it’s how big you play.” In addition to that, she spread inspiration and words of encouragement to all the attendees. Her work in gender equity, specifically in hockey, continues to inspire others and pave the way for upcoming generations. 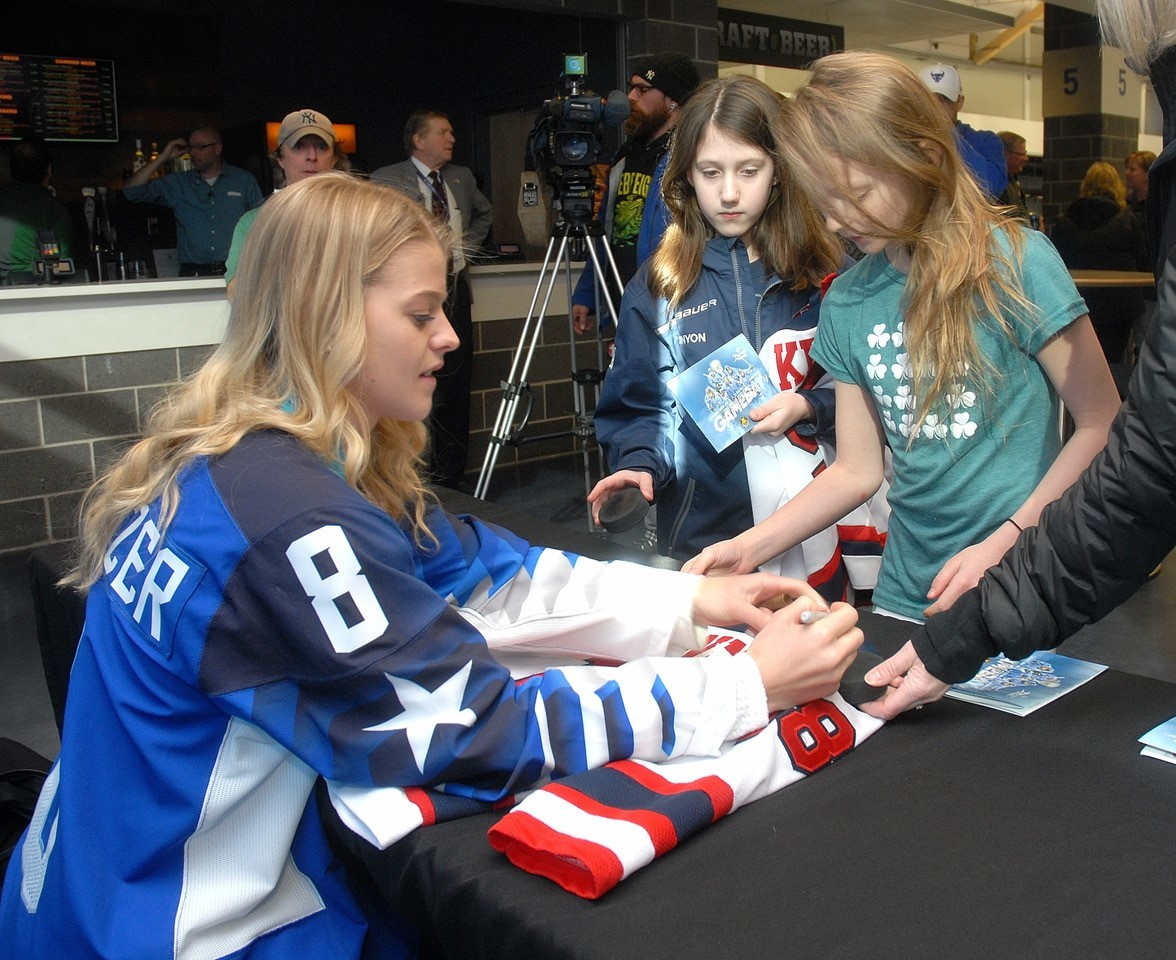 If you are interested in joining the Girl Up club, please contact us through our advisor Mrs. Fey-Daly, @wehsgirlup on Instagram, or co-presidents Colleen Meosky and Amanda Ojeda. Girl Up wishes you a happy, healthy, and safe 2021!

How FBLA Is Staying Engaged During a Virtual Year

Help Send Valentines to the Elderly

Drama Club is Back!

Cook it up with the Flavors of East Cookbook