After beating the Baltimore Ravens 17-3 on Saturday, the Buffalo Bills are heading to the AFC Championship. The last time the team made it this far was the 1993 season before star quarterback Josh Allen was even born.

In a close first half, both defenses were containing the offensive talent well, forcing both teams to try for field goals. Buffalo kicker Tyler Bass was able to put one away to put the Bills up first on the scoreboard. The wind was definitely felt in Orchard Park when the most accurate kicker in the NFL, Justin Tucker, missed two out of three field goal attempts in the first half. The score at halftime was 3-3. 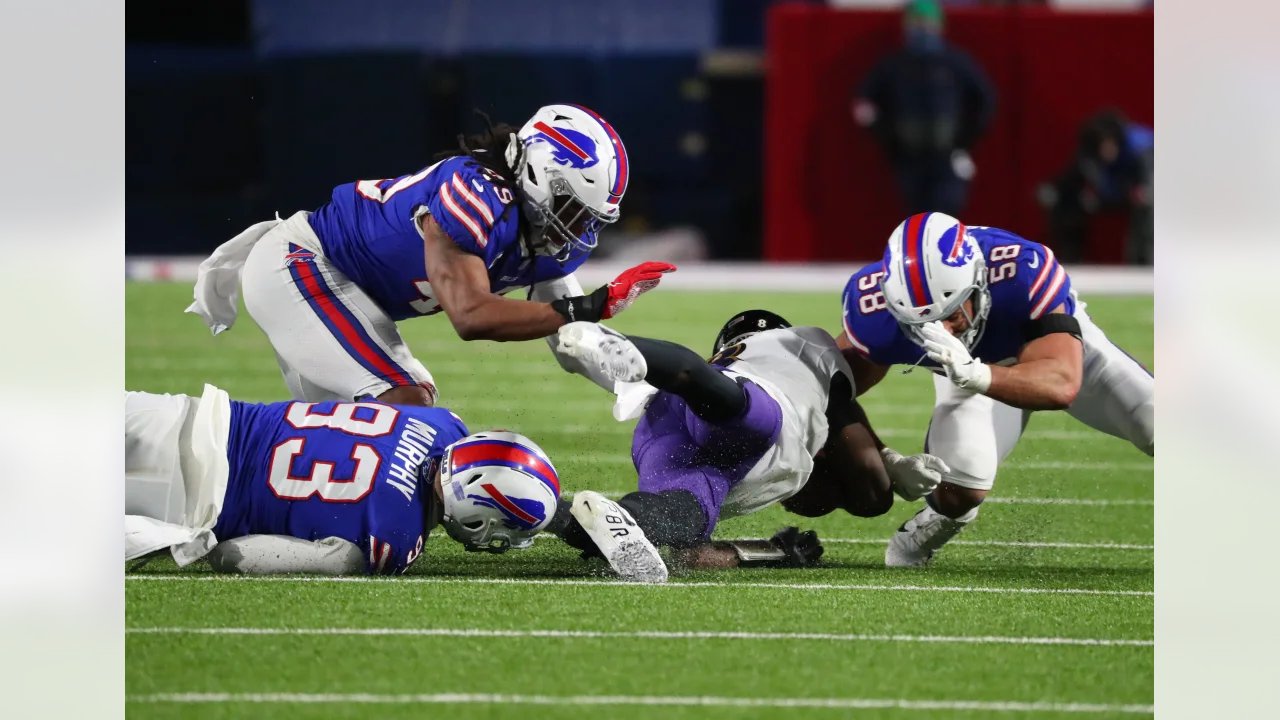 The Bills offense was able to earn seven points on a 66 yard opening drive of the second half. Allen and Stefon Diggs connected for the first and only offensive touchdown of the game. Baltimore’s poor red zone coverage left a big enough gap for Diggs to reach the endzone. 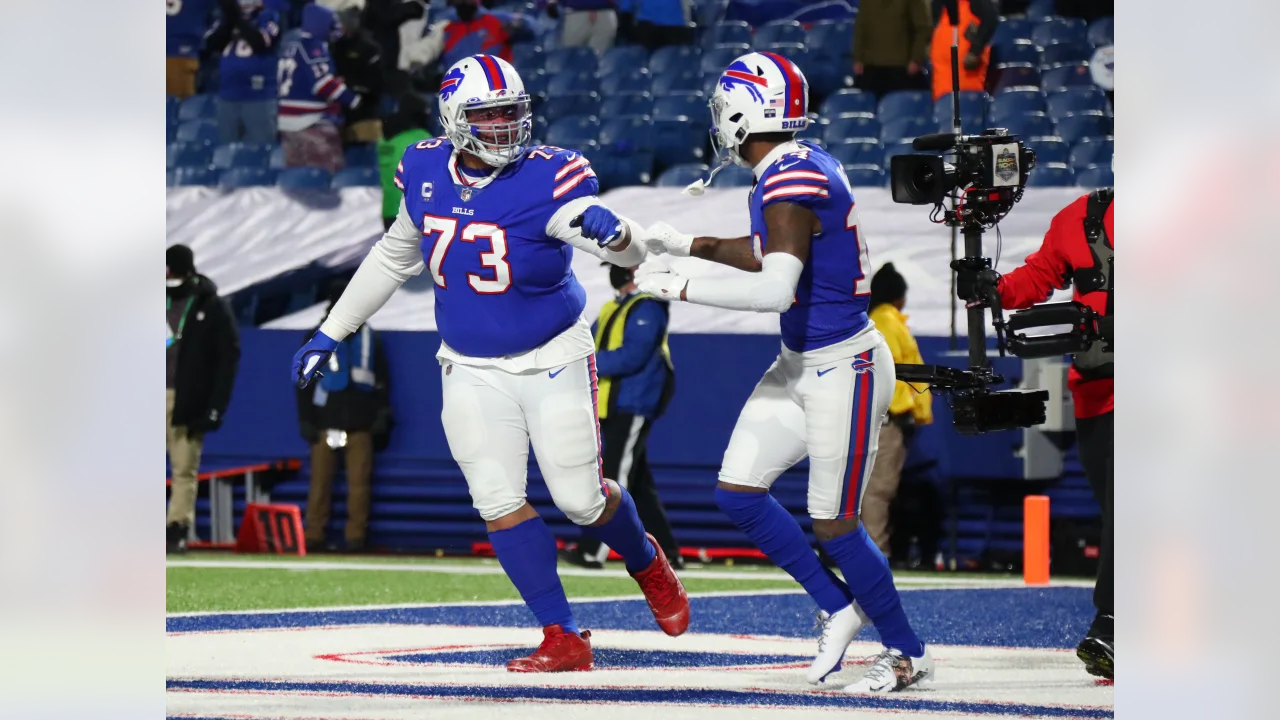 In the final minute of the third quarter, Lamar Jackson was setting up his offense for a touchdown to tie the game. He fired the ball at tight end Mark Andrews only for Bills cornerback Taron Johnson to intercept it in the end zone. Johnson generated incredible speed down the field peaking at 20.66 mph and completed his pick-six to the roars of 6,700 fans in the stadium. Tre’Davious White had a perfect block against Jackson to allow his teammate to sprint into the endzone. Taron Jackson’s 101 yard run ties the longest interception return in NFL history. This phenomenal defensive play ensured the Bills’ control of the game and is said to be one of the best highlights of franchise history. Johnson said post-game, “In the middle of the play. I felt like it was a big play, having the opportunity to take it all the way back. I feel like that’s what made it more than just an interception, taking it all the way back and putting points on the board.” Tyler Bass then earned the extra point making the score 17-3. 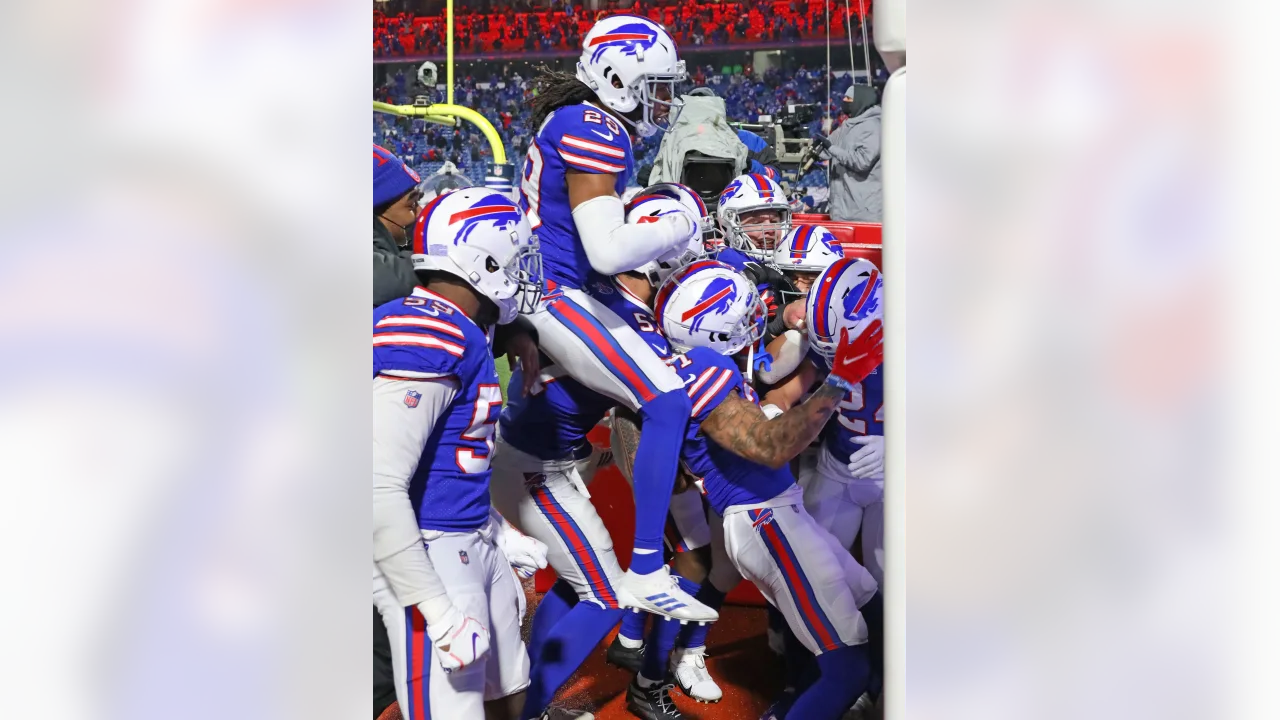 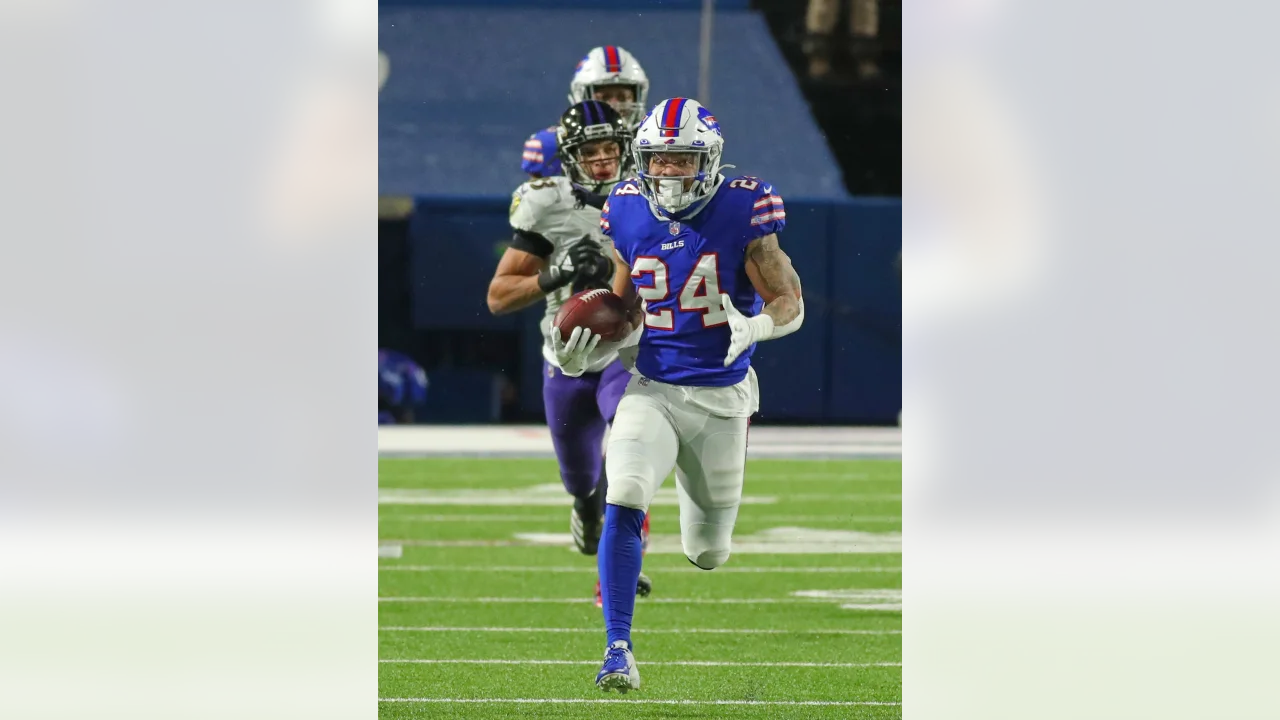 Taron Johnson makes his way down the field for the 101 yard interception return. Bills players swarm Johnson in celebration.

At the end of the third quarter, Lamar Jackson was injured on a play while trying to recover a bad snap. Baltimore’s talent quarterback hit his head hard on the ground when he was tackled and entered concussion protocol.  Bills fans responded after the game by donating to a charity Jackson supports called Blessings in a Backpack. It gives meals to elementary students who don’t have enough to eat. You can help out by donating here.

The Bills survived the divisional round with the final score being 17-3, and Taron Johnson has secured a spot as a hero in Buffalo football history. The Bills Stadium had an electric atmosphere with some of the team’s favorite songs being played and the noise of 6,700 very excited fans cheering.

Allen and Diggs were interviewed on the field in a clip that has since gone viral on Bills and NFL Twitter. Reporters have asked all season long what their relationship is like and how they formed this excellent chemistry. “It’s like my little brother. It’s like my little big brother. But it’s a lot of love… He prove it every week, they doubt him every week, and he prove them wrong every time,” explained Diggs.

The Bills had a spectacular performance against the Ravens, but the team is now looking ahead and preparing to play the Kansas City Chiefs next Sunday at 6:40 PM. Chiefs quarterback Patrick Mahomes is currently in concussion protocol for a head injury he sustained in the third quarter. The Bills will need to plan for playing against either Mahomes or his backup Chad Henne, and hopefully Patrick Mahomes is not seriously injured.

Winners and Losers of the James Harden Trade

What the Bills Season Meant to Fans this Year

Turmoil Arises before the Australian Open