Colleen Meosky is a hockey fan, TV show enthusiast and saxophone player who is as groovy as Kenny G, yet still one of a kind when it comes to club involvement. At the beginning of the school year, clubs were up in the air as to whether they were to take place or not. Now in April, clubs have opened up in their accessibility via Zoom meetings. The sophomore has certainly taken this opportunity in stride, as an active member in at least eight of East’s clubs including Girl Up, Seneca, and French Club to name a few.

September brought vast changes to Colleen’s daily school routine, as she and her family have been strict in staying in lockdown due to family health concerns. The idea that she might be isolated from clubs by being at home became very daunting. Colleen is normally involved in a vast array of clubs, Model UN, Newspaper and Latin, not to mention she normally plays field hockey in the fall and hockey in the winter, but both of these sports were cut from her repertoire. “Clubs are a critical social aspect of high school, and they’ve always been one of my main outlets for stress,” remarked Colleen when asked what she thought when she realized a step back might be necessary from her club involvement. She said, “I was just worried that I would lose my main connection to my classmates and the school while learning remotely.” Clubs at East have allowed for students with varying interests or a desire to try something new to dive deeper into school involvement. Especially now, the opportunity to interact with others outside the same four walls is all the more enticing to those stuck at home.

Colleen is also the Co-president of Girl Up with fellow sophomore Amanda Ojeda. Colleen and her classmate have been hard at work this year, turning out quite an array of different projects for the club including their Valentines to assist living residents as well as holiday cards to people living in shelters and cancer patients from Courage for Carly. The club meetings have offered some reprieve from isolation for Colleen. She said, “I really don’t care that our meetings are over Zoom nowadays because I’m just so grateful that I get an excuse to see my wonderful friends.” Girl Up like many other clubs have presented an outlet to the stressful lives of students throughout Covid. Collen continued by saying, “It’s hard not to feel lonely in the situation, but then I just dive into another Girl Up project.”

Co-president Amanda Ojeda was able to offer some insight as to what Colleen is like. Confident, compassionate and diligent are the words Amanda used to describe Colleen. “Colleen is the type of person who will go out of her way to check up on others and see how they are doing, despite being very busy herself,” Amanda elaborated. The co-president also added that funny enough, the Co-presidents have never actually met in person, instead she joked, “…we met in May 2020 in a Latin office hours Zoom”, yet Amanda implores that there has been no disconnect between the two. “It astounds me sometimes how well we work together,” keeping in mind the two are remote learners. Amanda concluded by commenting on how close the two have become during their presidencies, “I couldn’t ask for a better right-hand woman to work with.”

These times have brought a deprivation of in person connection, so it’s important to remember the little cubes of the Zoom screen are people too. Colleen is the last of the Meosky lineage to pass through East’s doors. She follows in the footsteps of her six other siblings, Nellie, Paul, Teresa, Joe, Maurine and Maggie, all of which have written for East Side News. Colleen is also an avid Hockey fan, wearing her Buffalo Sabres jerseys and hats with pride; just don’t bring up the Krueger era, and she’ll be fine. When asked what she truly thought about the former coach, Colleen did not pull any punches saying, “Ralph Kreuger: worst coach in Sabres history”. She then went on to speak of the arduous nature of her relationship with the team, divulging with a chuckle that, “…it’s the most toxic relationship in my life… but I still support them.” The diehard fan has also accrued quite the collection of Sabres newspaper clippings ranging from draft picks to player predictions, but she finished off with a promise that when the Sabres into the playoffs, she’ll have front row tickets to the game.

Time at home has also allowed Colleen to catch up and check out new TV shows. An outpour of new Marvel content has definitely kept Colleen occupied watching WandaVision and The Falcon and the Winter Soldier, as well as venturing into other shows like Schitt’s Creek, but she still lists Psych as her favorite. Plenty of that time was spent curled up with her four cats, Beauty, Ted, Louis, and Mardi Gras. Keeping with the entertainment theme, Colleen gave her stamp of approval on the new Taylor Swift album, Folklore, describing the new tracks as,  “genius,” and “… the most mystical of her albums.” The praise didn’t stop there, as Colleen is also very proud of Taylor Swift’s version of Fearless as it is a symbol for Taylor being able to own and reclaim her music. So when it comes down to it, Colleen advised that Swift’s music is indeed a bop, and not a flop.

In the meantime Colleen plans on plugging along doing things to the best of her ability, confiding that she’ll, “…be elated to return in person eventually, but until then, I’ll just miss the snacks and enjoy some good, virtual company.” 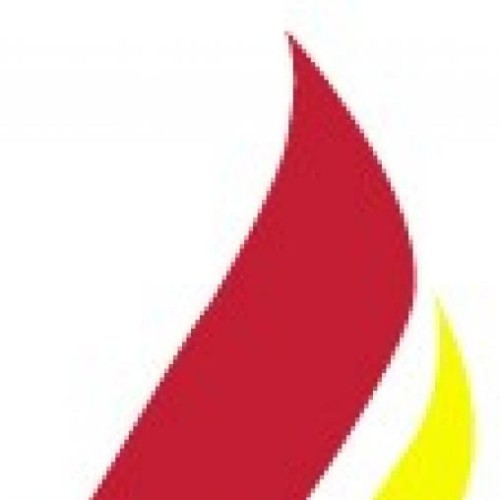 The founder of East High MSA (Muslim student association) and officer of Unicef, Nour Touti, was born and raised right outside the city of Chicago, in a small town called Potage Park.
Profiles

This student, Ethan Xie, is a junior here at East and has a fascination with the card game of bridge and even represented the United States under 16 team.
Profiles

A lot of people at Williamsville East know and love Ms. Reilly. For those who don’t know her, she is the chorus teacher at our school and also runs the Drama Club at East. She tends to be a popular students’ favorite.