2019 was an exciting year of tennis that saw many epic matches and dramatic moments. Let’s take a look: 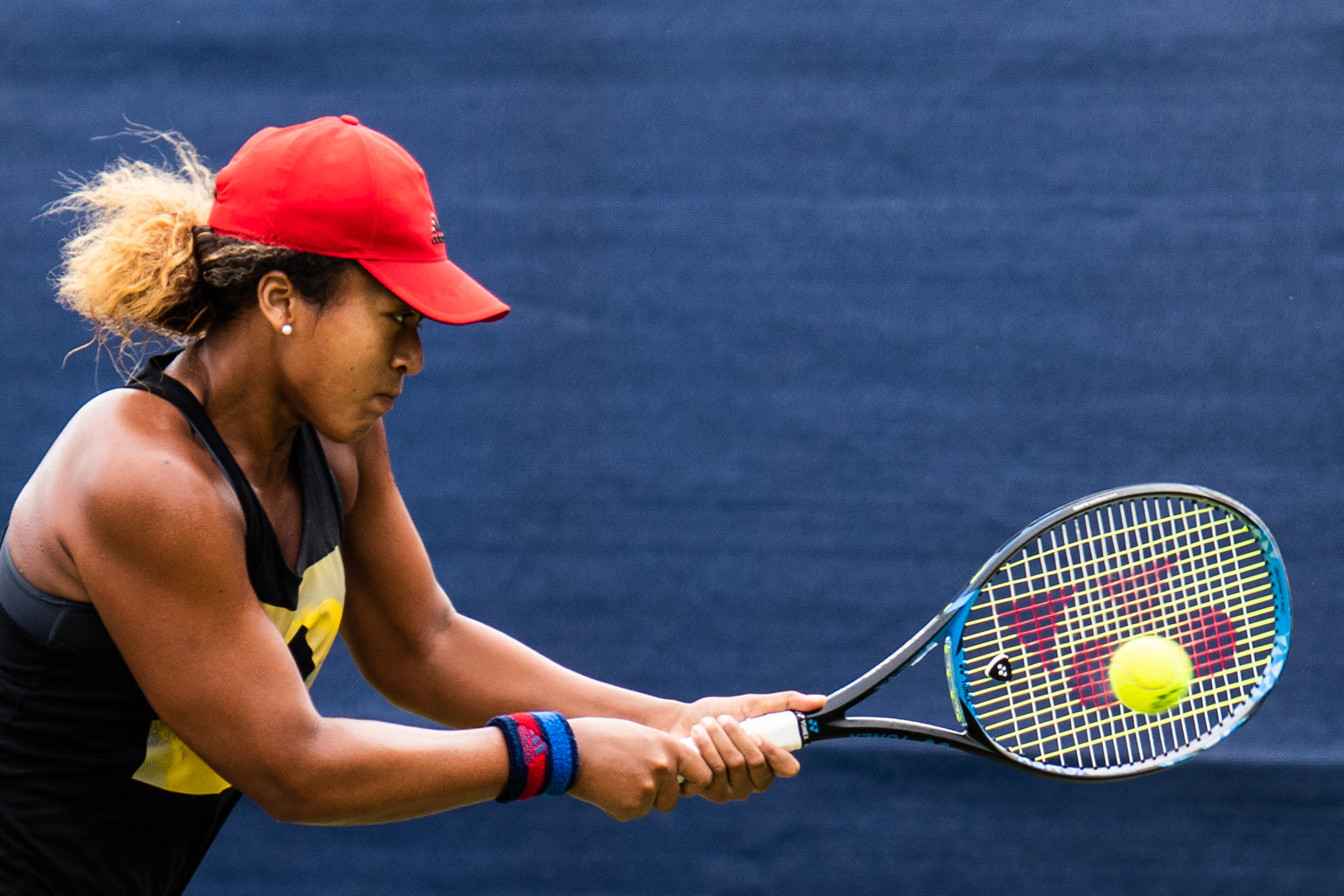 The first slam of the year offered up the same winners as the 2018 U.S. Open. Osaka impressively backed up her win in New York, winning her second slam, while Djokovic continued his dominance from the tail end of 2018. Osaka, seeded fourth, battled to the final, beating sixth seed Elina Svitolina in the quarterfinals and seventh seed Karolina Pliskova in the semis. Pliskova had made a remarkable comeback against Serena Williams in the quarterfinals, erasing a 5-1 deficit in the third set and saving four match points.

Osaka faced off against Petra Kvitova, the eighth seed, in the final. She came out strong, winning a high-quality opening set in a tiebreak. In the second set, Osaka held three championship points with her opponent serving at 3-5 and 0-40 down. The drama heightened as Kvitova saved all three match points with nerveless tennis, including an inside-out forehand winner. Riding the momentum, Kvitova broke Osaka when she was serving for the match and ended up winning the set 7-5. After missing championship points, it seemed that Osaka might fold at the start of the deciding set, but she regrouped admirably and took the third set 6-4. Unlike the 2018 U.S. Open final, (when Osaka’s opponent, Serena Williams, had an argument with the chair umpire that robbed Osaka much of the joy of her victory), there was nothing to detract from the happiness of the moment.

The men’s final wasn’t nearly as competitive. The top two seeds, Novak Djokovic and Rafael Nadal, stormed through their respective draws. Djokovic dropped two sets, and Nadal didn’t lose one. Many expected a fierce battle akin to their 5 hour, 53 minute marathon in the 2012 Australian Open final (Djokovic won 5-7, 6-4, 6-2, 6-7 (5), 7-5), but Djokovic, in one of his best performances ever, crushed Nadal in straight sets. Nadal had just one break point (that he was unable to take, netting a routine backhand) in the 6-3, 6-2, 6-3 loss. Djokovic was imperious throughout the match, hitting cleanly and consistently from both wings and serving well. Nadal, on the other hand, was strangely unable to find the form that had carried him to the final. He didn’t win a point on the Djokovic serve until the ninth game of the match, and made many uncharacteristic errors. His opponent never looked back after breaking in Nadal’s first service game and claimed his 15th Grand Slam, moving up to 3rd on the all-time men’s list.

The women’s draw at this French Open fell apart almost immediately. Osaka lost in straight sets in the third round, as did second seed Pliskova. No top-five player made the semifinals, and the unseeded 19-year-old Marketa Vondrousova made the final. Barty, for her part, played a fantastic tournament, beating Vondrousova 6-1, 6-3 in the final.

Nadal is, unquestionably, the greatest clay-court player ever, and had won 11 French Open titles even before the 2019 tournament. He has only lost twice at the event—in 2009 and 2015—and his dominance on clay is virtually unparalleled in sport. 2019 was no exception, and Nadal claimed his 12th title in Paris with a four-set win over Dominic Thiem in the final: 6-3, 5-7, 6-1, 6-1. Djokovic, who was trying for his fourth straight slam title, lost to Thiem in the semifinals. Over two days, Thiem won 6-2, 3-6, 7-5, 5-7, 7-5 in arguably the biggest win of his career. Unfortunately for him, a second tennis titan was waiting for him in the final. Nadal played brilliantly for the final two sets of the match and claimed his 18th Grand Slam title.

The two Wimbledon finals could not have been more different. In the women’s final, Simona Halep played the match of her life. She was a clear underdog against six-time champion Serena Williams, but won 6-2, 6-2 in an absolutely flawless performance. Halep hit just three unforced errors across the match, and even Williams (regarded as the best female player ever) was helpless against the onslaught. Halep, previously seen as a hard/clay court specialist who would be less competitive on grass, dispelled this notion thoroughly in the 56 minutes it took to beat Williams.

In comparison, the men’s final between Djokovic and Roger Federer lasted 4 hours and 57 minutes- the longest Wimbledon final ever. The newly instituted 12-all deciding set tiebreak came into play for the first time (previously, the deciding set at Wimbledon extended until a player led by two games. This once extended to 70-68 in the fifth set of a first-round match between Nicolas Mahut and John Isner) at the end of Djokovic’s 7-6 (5), 1-6, 7-6 (4), 4-6, 13-12 (3) victory. Djokovic was a clear favorite, and took the first set in a tiebreak. Federer had many chances to take the set, though- seven times, he was two points away from winning the set, but lost the point each time. His best chance came at 5-3 up in the tiebreak. Federer virtually handed Djokovic the set with back-to-back-to-back forehand misses followed by a backhand error. Djokovic played an oddly flat second set, and Federer took full advantage, taking the set comfortably by a score of 6-1.

Djokovic regrouped well in the third set, staving off a set point at 4-5 with a great serve. He opened up a 5-1 lead in the tiebreak despite it seeming that the set had been under Federer’s control for most of the time. Djokovic took the tiebreak 7-4, earning a two-sets-to-one lead. Remarkably, he hadn’t had a break point in the entire match, yet led comfortably because he played better tiebreaks.

Federer didn’t fold in the fourth set, breaking his opponent twice and winning the set 6-4, sealing it with a swing volley winner. The fifth set was the most enthralling, bizarre, and entertaining set of the match. Djokovic got the first break, going up 4-2, and it appeared that he would run away with the set, but Federer broke back immediately and held serve for 4-4. Djokovic was two points away from the title with Federer serving at 4-5 and 5-6, but his 38-year-old opponent held him off. With Djokovic serving at 7-7, a Federer forehand winner and two unforced errors from the racket of Djokovic brought up a break point, which Federer took with a forehand passing shot.

Serving for his 21st Grand Slam title, Federer missed a forehand, but Djokovic returned the favor to make it 15-all. Federer then slammed a 125 mph ace down the tee to move within two points of the trophy. His next serve was another ace, this one 120 mph and perfectly placed. At 40-15, Djokovic hit a deep return off a second serve, and Federer sent a forehand wide. At 40-30, the second match point, Federer approached the net and Djokovic rolled a classic crosscourt forehand past him. At deuce, Federer netted a weak forehand. On break point, he did the same. Just like that, it was 8-8, and the championship points were gone. At 11-11, Djokovic saved two break points to hold serve for the last time. Federer held to love with an ace to push the match into a deciding tiebreak.

It was fairly anticlimactic. Djokovic went ahead 4-1 early on and sealed the match with a 7-3 win in the breaker. It was his 16th slam, and he further decreased Federer’s lead on him in the all-time men’s rankings.

Bianca Andreescu is a fantastic player. As a 19-year-old, she won Indian Wells, one of the biggest non-major tournaments, earlier this year before injuries felled her for a few months. She hasn’t lost a match outright (not because of injury) since early March. She even remarked recently that she’s kind of forgotten the feeling of losing. At the U.S. Open, Andreescu played brilliantly. She was pushed to a third set several times, but always held her nerve. Her opponent in the final?  Serena Williams. Williams was the pre-match favorite, but Andreescu took the first set comfortably and went up 5-1 in the second. She had a match point when serving at 5-1, but Williams showed exceptional grit to claw back to 5-5. Many felt that a miracle Serena comeback was on the cards, but Andreescu stopped the rot and held for 6-5. With Williams serving to stay in the championship, her opponent earned a championship point at 30-40, and took the opportunity with an inside-in forehand return winner. There will surely be more majors for the young star. She may even be ranked #1 by the end of the season.

Roger Federer and his ailing back lost in the quarterfinals to Grigor Dimitrov, and Stan Wawrinka’s one-handed backhand sent Djokovic and his injured shoulder out of the tournament in the fourth round. Nadal’s draw was left relatively open, and his opponent in the final was Daniil Medvedev, a 23-year-old Russian who had dominated the North American hard court swing. Medvedev was visibly tired in his earlier matches, and he was the heavy underdog against Nadal, one of the all time greats.

It looked like Nadal was on course for an easy win when he won the first two sets and went up a break in the third. But Medvedev was given a lifeline when Nadal missed an easy overhead volley at 3-2 up and deuce in the third set, and the Russian broke back. He later played an exceptional return game with Nadal serving at 5-6, and took the set with an inside-out backhand winner. In the fourth set, Medvedev pounced with Nadal serving to stay in the fourth set at 4-5, and tied the match with a majestic backhand return winner struck from way outside the court. Suddenly it seemed that a huge upset could be afoot. With all the momentum behind Medvedev, Nadal had to save a couple crucial break points early in the set with some strong attacking tennis. In the fifth game, Nadal broke after a long rally, then broke again for 5-2. Medvedev, however, refused to lie down and clawed back to 5-4, saving two championship points along the way. He managed to force a break point with Nadal trying to serve out the match for a second time, but it was saved with a vicious inside-out forehand. Nadal reached championship point with a drop shot winner and took his chance with a 124 mph serve down the middle. Nadal had managed to hang on, but Medvedev pushed him to the brink and will surely be in contention for some big titles next year.

Women’s tennis is wide open. We had four different slam winners this year, and any player can upset another at any time, as demonstrated by many top players’ early losses in slams this year. However, Andreescu has been playing incredibly well, and assuming she continues her fine form, I predict she will win two slams next year. I don’t think Serena will win another slam. She made two finals this year, losing in straight sets both times. She can still compete at a high level, but when she comes up against a quality opponent in a final she’s been unable to produce her best tennis. It may well be a mental block, and at 38 years old, time isn’t on the 23-time slam champion’s side. That said, it will be a surprise to few if she manages to win another slam or more.

On the men’s side, the struggle between the Big Three (Federer, Djokovic, Nadal) continues. Federer has the most slams (20), but he is 38 years old and I think that this year’s Wimbledon final may serve as a huge mental barrier in the way of winning future slams. Federer’s chances of winning the French Open (if he decides to play) are very low- Nadal, Thiem, and Djokovic would all be heavily favored in a match against Federer. Djokovic will be a solid favorite at the Australian Open next year, as a seven-time champion. Federer’s best chance will be at Wimbledon. Again, I won’t be surprised if he wins another slam, but I don’t expect him to. Next year, I think three out of the four slams will be won by Djokovic and Nadal, and the fourth will go to a younger player like Medvedev.

This author has not added a biography. Meanwhile Owen Lewis has contributed 1 posts. Click here to view them.